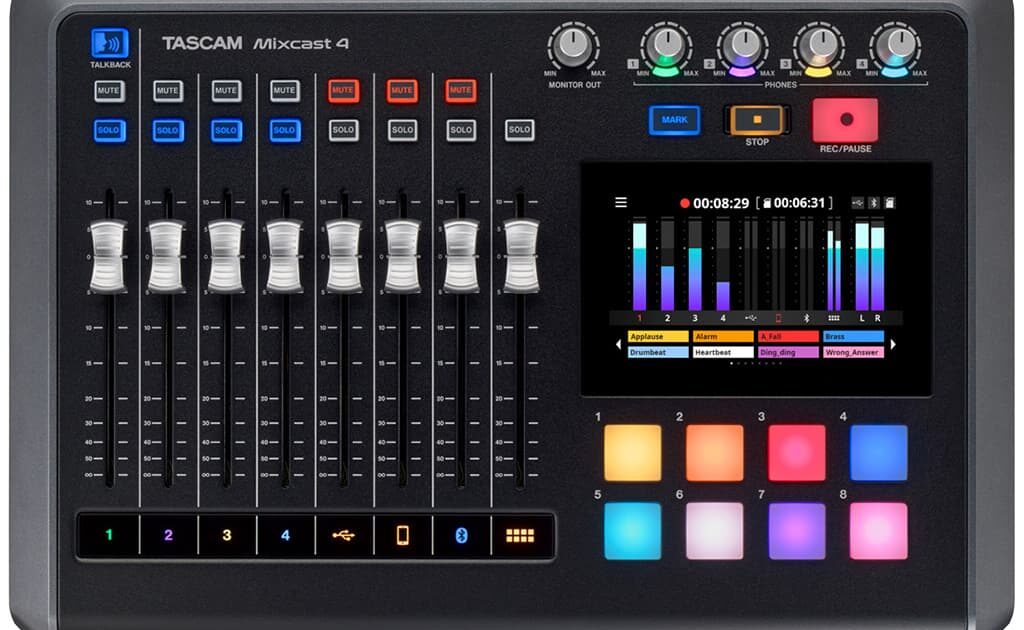 Podcasting is here to stay, with the new formats and recording techniques that come with it. What does the Mixcast offer to prospective casters?

Pandemic podcasting: social, and now mainstream, media have been buzzing with podcast talk over the last two years. True crime, lifestyle, specialty, AT Iso Booth — you name it, there’s a podcast for it. There are now vast networks pumping out the biggest podcasts, with Spotify’s coffers behind Gimlet and decades of radio behind NPR.

Despite this, every man and (sometimes literally) his dog seems to have a podcast, and furthermore, anyone thinks they could start one. The monologuing of two mates is often met with a sarcastic “Oi, you two should start a podcast.” And alas, often they do. Somehow, audio is dismissed as something anyone can do. People wouldn’t dare shoot a proper video without gear. But making a ‘proper’ podcast? Easy. Wrong.

It is not that easy. Podcasts have to be easy on the ear to maintain people’s attention. A layman is less likely to say “Gosh, the noise floor on the guest mic is 2dB too high for me!” and more “Yeh Nah, probably won’t listen to that again,” at least in part because the sonics were intrusive on their listening experience. Like an effective FOH engineer, the audio is doing its job if people don’t notice it’s there.

The Tascam Mixcast 4 sets out to fill this brief. Joining a wide range of specialty podcasting products on the audio market, the Mixcast is laser-focused on delivering crisp dialogue and effective live production of podcasts and live streams.

The Mixcast 4 instantly feels ‘pro’ straight out of the box. Its all-steel construction has a reassuring weight to it. All the buttons take some effort to press, so you won’t hit the fart sound effect by accident. (Was that you, Bryan?) Faders have little play and provide a pleasing level of resistance. The corresponding mic inputs and headphone outputs are labeled with matching LEDs, while the touchscreen is bright, punchy, and responsive. Every function is clear at a glance. Touches such as a threaded power connector, covered SD card slot and combo jacks for mics and line sources, show that considerable thought has gone into making this product dependable, tough and versatile.

My initial reaction when delving into functions on the Mixcast 4 was “It just works!”. I thought I was clever testing it with a handheld Shure PG58, but the box didn’t bat an eye. I was asked if I needed phantom power upon connection, and the mic instantly sounded great. When setting up microphone channels, there was a selection of preset and custom options for voice. The Tone (EQ) settings consist of Deep, Mid, and Bright, which, upon my listening, will compensate for the quirks of most microphones. ‘Deep’ was a bit much for me, and ‘Mid’ offered the clarity I was looking for. The lack of corresponding graphics left me a bit confused in the manual EQ, but suffice to say, a high and low shelf is probably enough for most applications, with 12dB of boost and cut. In comparison, the manual compression controls are more comprehensive. Those less adventurous will stick to the ‘Soft’ and ‘Hard’ compression presets, the former being subtle and dealing mostly with peaks.

The De-Esser and Noise Suppressor are on by default and do a solid job of cutting sibilance, sub-bass knocks handling noise and background noise. One channel can also be chosen to have effects applied, either reverb or a voice changer, good for comedy or more serious occasions like true crime. These are also accessible upon pressing a designated pad.

HOST WITH THE MOST

Being the podcast host on Channel 1 comes with privileges. One interesting feature is Ducking, allowing the host on Channel 1 to attenuate all other channels when speaking. There is also a Talkback function, for speaking into headphone outs only and not the recording, and also a headset TRRS input on the front panel.

The host is met with a pleasant user experience. The touchscreen feels super snappy, with no lag in the UI, and all text and meters are clear and legible. Configuring the pads is intuitive, making it easy to record and trigger custom or library sounds. The default sounds are usable, and all pack a punch, especially an airhorn. You’ll want to pull the Pads fader way down as they’ll perforate eardrums compared to your live mics.

“WAIT. ISN’T THAT A RØDECASTER?”

Tascam Mixcast 4 goes up against Røde’s Rødecaster Pro. They appear similar at first glance — the same channel count, along with the complement of pots and pads. The difference is in the detail.

Mixcast 4 offers features especially useful for those producing podcasts specifically, rather than live-streaming. Firstly, complete editing software is included for post-production, something Røde doesn’t offer. The physical Mark and Stop buttons offer peace of mind a touchscreen can’t provide. The stop is even hemmed in by little rubber barriers to protect against accidental activation. Podcast hosts also benefit from hardware Talkback, rather than touchscreen controls, and the option to use a headset microphone plugged into the front. This allows the host to go hands-free at all times, rather than worrying about mic position. The reverb or a voice changer feature via a pad or permanently per channel is a Mixcast 4-only feature.

Mixcast 4’s offer of TRS combo jacks over the XLR only is useful — plug more than a microphone into the system, such as DJ decks or instruments.

Naturally, Røde has some goodies that make it the market leader at this time. The Aphex-branded DSP, Røde’s mic-specific presets, and Master Compressor are all strong features. The Rødecaster also supports MIDI control, meaning OBS streamers can manipulate and trigger the hardware from software. Røde has the advantage of being the first to market with a bunch of big firmware upgrades as well. Doubtlessly, Tascam will continue to work on the Mixcast 4 software as well.

Tascam completes the package by including a podcast editor, meaning first-time recordists truly can make a professional-sounding product with the tools included. Though it is possible to use the software as a multitrack recorder, transferring SD recordings over USB is the easiest way to edit. Once the post-fader tracks are up in front of you, podcast-focussed controls take care of the edit. Audio can be ‘Removed’ as well as deleted; snapping selected tracks together instead of leaving a gap. It’s easy to insert copied audio at the playhead, another handy feature for dealing with dialogue. If you’re a seasoned DAW user, you may find the feature set a little limited — you can’t drag-select tracks and regions in one action or Select All with a keyboard shortcut, for example — but, if it’s you’re first time using audio editing software, you’ll easily pick up the workflow.

The Tascam Mixcast 4 will attract those seeking to level up their podcast productions, promising great sonic quality, and flexibility to record a variety of calls and audio sources — it’s a dependable and approachable solution. The fact a capable editor for cutting and rearranging stories is bundled in, is another huge advantage to newcomers.

Mixcast 4 also offers a compelling solution for more seasoned audio people with studio gear. It represents a specialized recording solution that will make your life a lot easier if you’re podcasting, rather than rolling your own setup. For example, mix-minus call channels would be a routing conundrum in Ableton, but come preset in Mixcast. Everything is fit for purpose and does not compromise on quality. There’s no doubt, Mixcast 4 is a formidable entrant to the podcasting hardware market.

Behringer today shared a sneak preview of their UB-Xa Desktop synthesizer, the module version of their upcomin...

Podcasting is here to stay, with the new formats and recording techniques that come with it. What does the Mix...

Matrixpro can provide you services for studies, design, supply, installation and long term after sales services for the scope of all your AVL and Architectural Lighting projects...